Andrew Ryan is progressing well with his new Pyrography gear. His products will soon feature at the market stall. 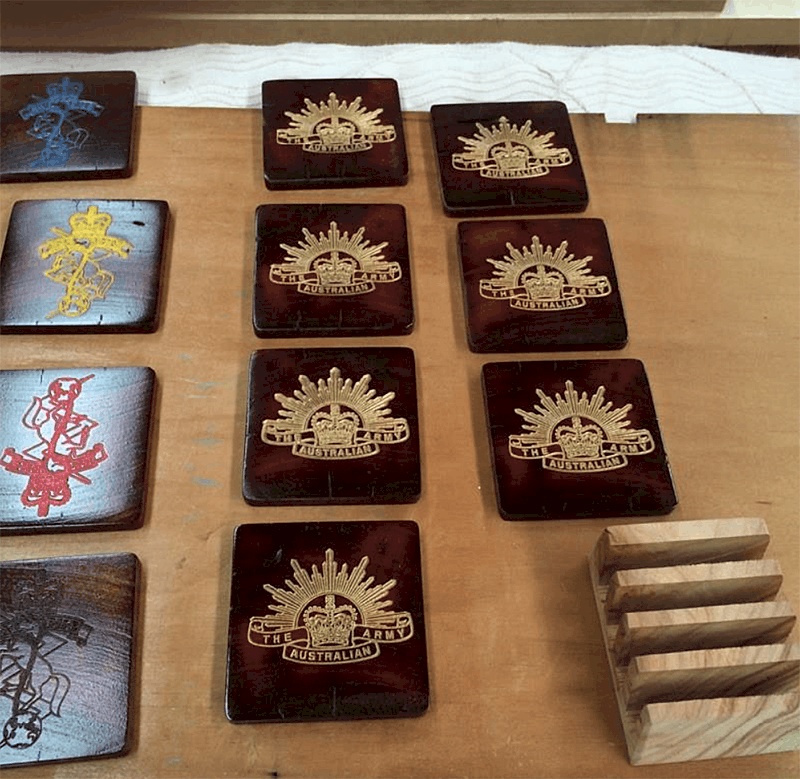 Mick Davis has given us a new line in coasters.

These have been ordered all over Aust. Very impressive. 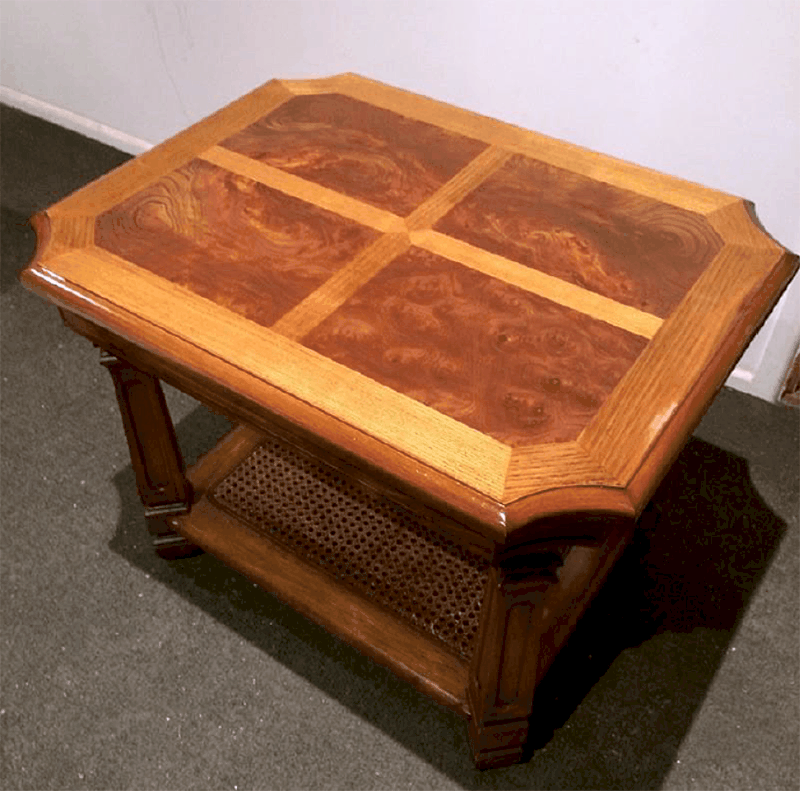 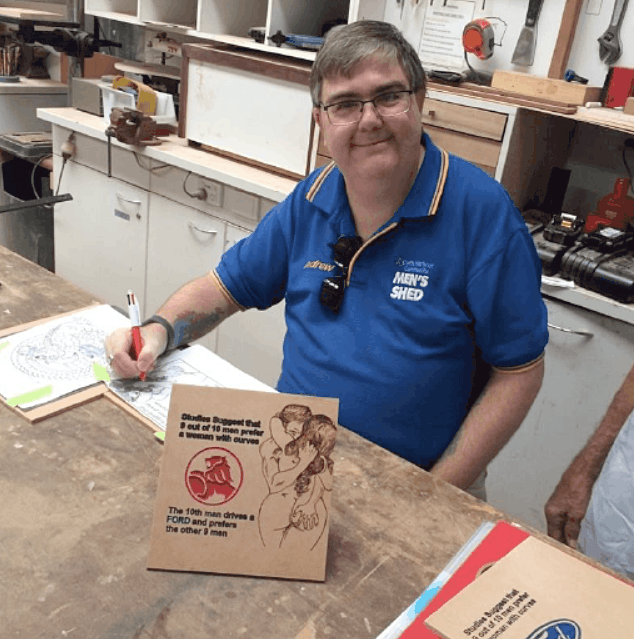 Andrew Ryan is progressing well with his new Pyrography gear.

His products will soon feature at the market stall. 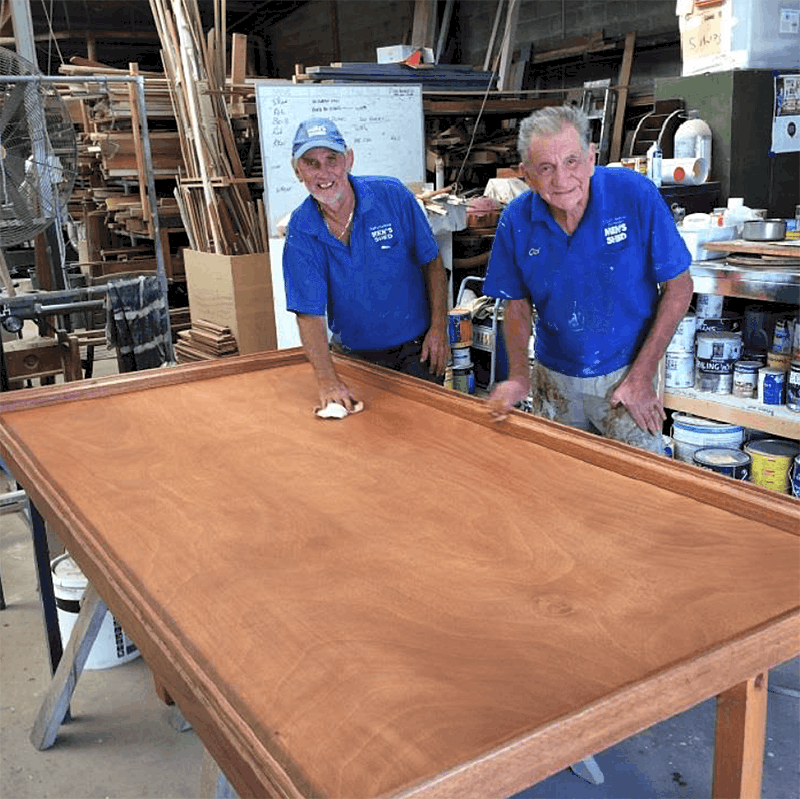 Our Happy Painters with a monster notice board

Please remember that any workshop injury must be reported to the available qualified member as listed on the wall beside the First Aid cabinet. Together you will record the nature of the “event”.

Scotty has offered to train anyone in the use of the Tormek grinder. He has made all the rack chisels and planes razor sharp (while reducing the wheel diameter considerably according to Robert ! In the last few days, the truck has delivered about a dozen power tools , previously owned by our departed friend Derek. Thanks to Ann and the family. 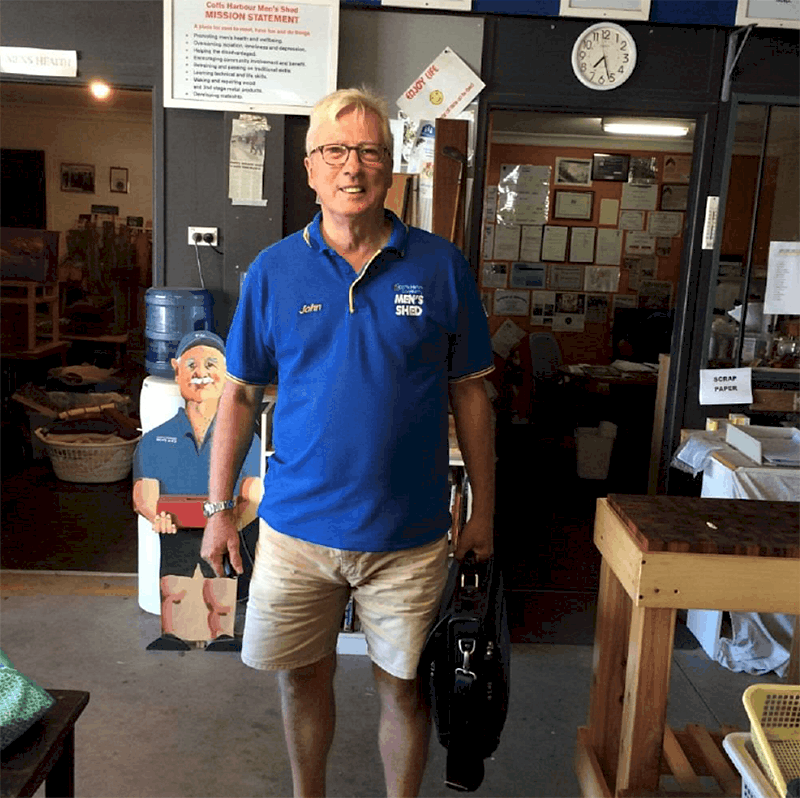 John was born at Townsville, attending Townsville West Primary School, then Townsville Grammer. His father was the airport manager, allowing young John to fly all over Northern Australia at the right price. He managed to find a seat in a DC3 from Townsville to Brisbane with the Queen during a Royal Visit.

After graduating in Science and Physics at Queensland Uni., John joined the RAAF at Point Cook in Vic. doing Basic Flying Training with Winjeel aircraft. He felt like a change of scene after 3 years and 322 days, joining the C.B.A. bank as a Programmer. 6 months later, he left for Mt Isa where he stayed for 3 years.This enabled him to save some money which he used to travel to the U.K. by foot, arriving in 1974 spending less than $5 per day throughout.

In London, he became assistant chief programmer with the Automobile Assoc. then had an exciting time working in China, Hong Kong , Singapore and Russia in the I.T. field.

Back to Australia in 2004, where he had 700 programmers working for him with a Dutch Communication firm. 3 years was spent with Mission Australia in the Northern area. In 2011 John started with Chess in Coffs, where we first used his expertise in the early running of the Mens Shed. After retirement, he has continued with the shed as well as the Bello. SES. He has kids in London, visiting them frequently.

John has taken care of the shed’s finances for the last few years and provided the board and members with accurate statistics regarding our financial position. A valuable friendly and helpful member.