Having been out of town for a few weeks, I find that not a lot has happened except for a few more fund raising activities.

The slab now has a live fuse box and some protective fencing. A working bee is planned for Thursday morning 15/9 to spread some fill around the slab edges. Bring a spade.

Some of the committee will this week collect a cheque for $67,000 from the council. Sadly this has already been spent! Ken has applied for a $20,000 grant from Clubs NSW. Unfortunately our expected donation from the Coffs Cup Calcutta has been postponed until the new race date of 9/12. The shed frame cannot be ordered yet due to lack of funds, and steel prices have apparently risen. 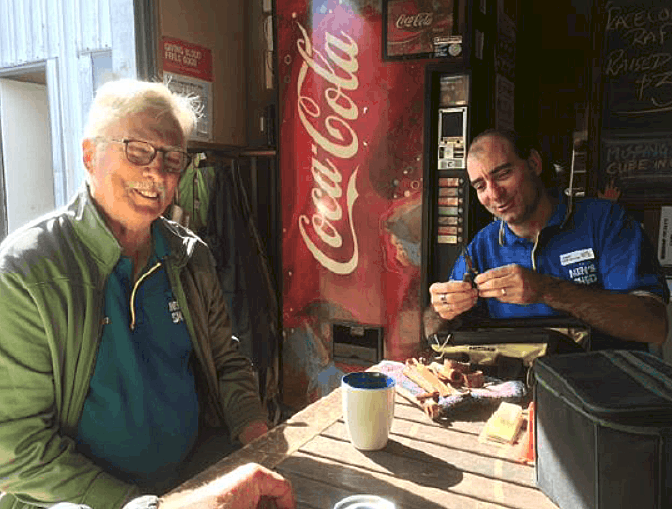 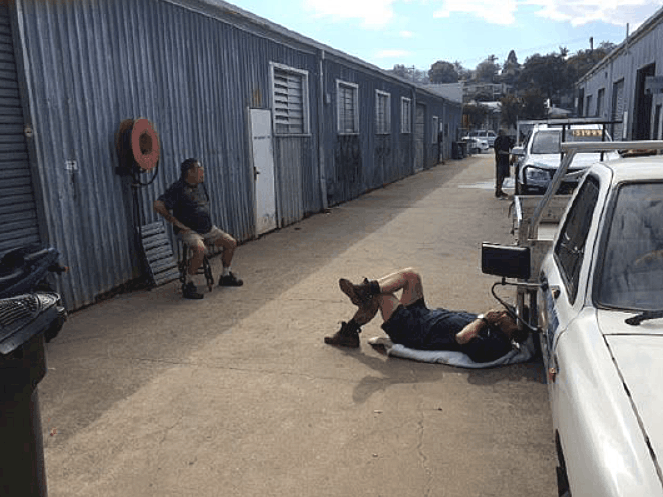 2 different poses for a smoko break – Peter and Scotty 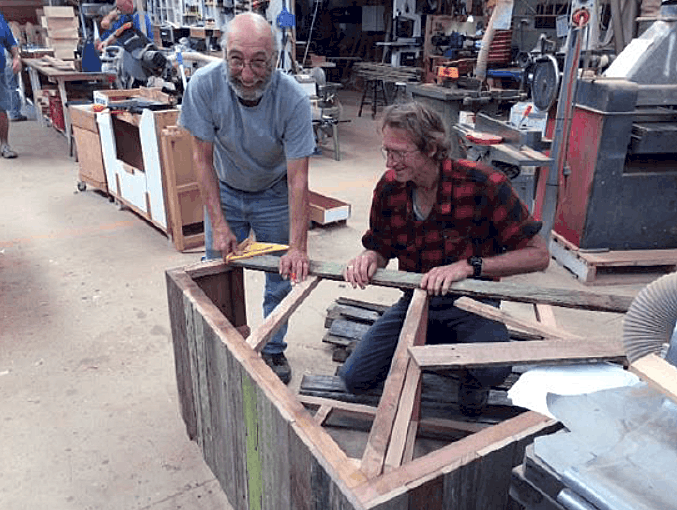 Wayne and John get hysterical over a HEAVY Pizza stand 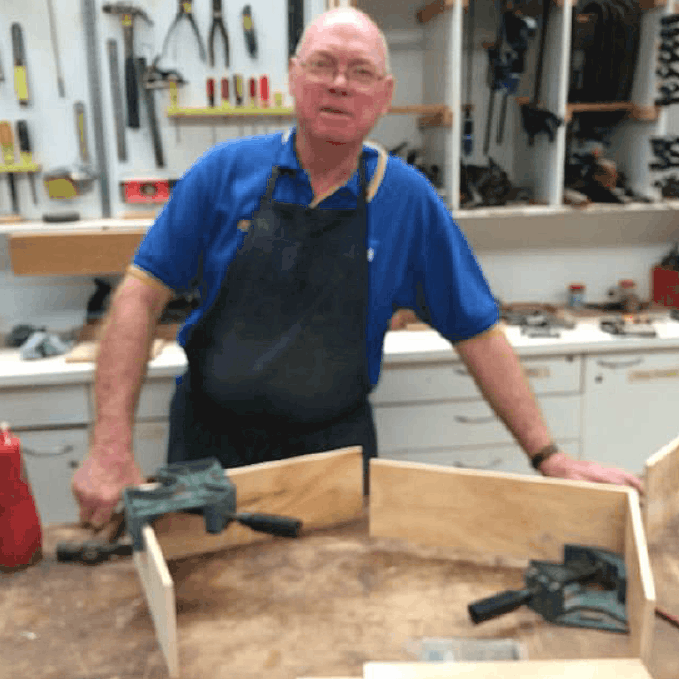 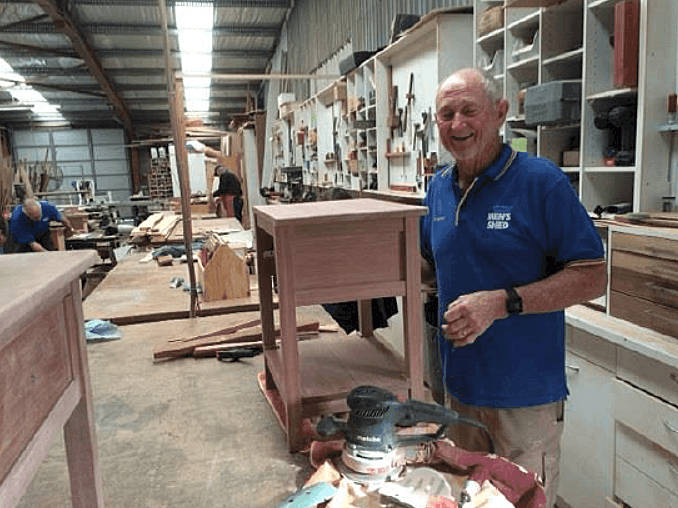 Graham Miller with more of his Brush Box furniture.

Hard work mate, but you can bounce a stubby off it without a mark ! 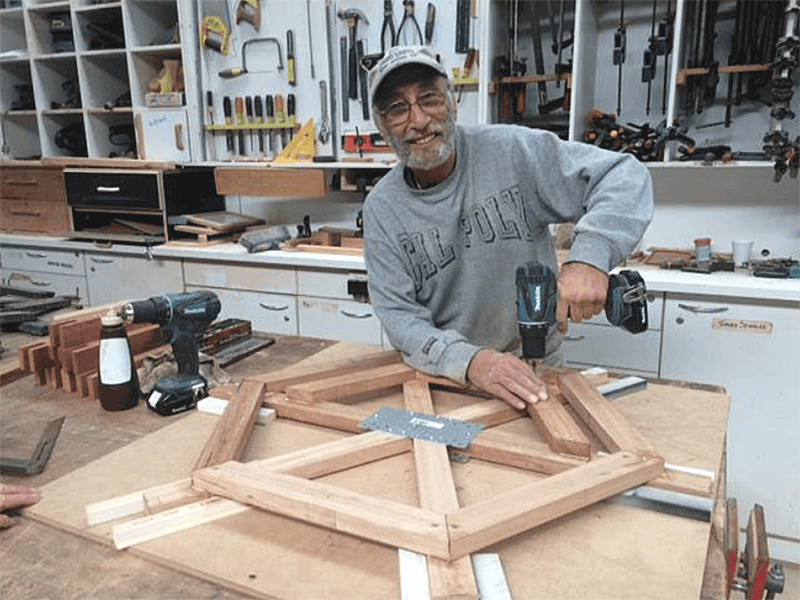 Wayne was born in New Jersey USA , the son of a glazier. He admits to being a spoilt child. His public school education started at Little Falls, which he tells me was famous for nothing ! (I thought they made tools ?) It was 10 minutes from Manhatten. He participated in competitive wrestling at school and enjoyed Industrial Arts, where he made a walnut coffee table which his 95yo aunt now has.

At 22 he started further training in Aeronautical Engineering and business management, then worked for the government building simulators at Sacramento in California, until the base closed.

Wayne became a highrise builder for 13 odd years , following the 2001 L.A. earthquake. His wife died after 38 years of marriage. A buddy suggested work in Australia, so Perth became home until 4 years ago when he bought into Moonee.

Wayne can always be located by his cigar vapour trail and accent, but his contribution to accurate construction of commission jobs is valued in the shed. He is a 50 % Aussie leaving us too often.