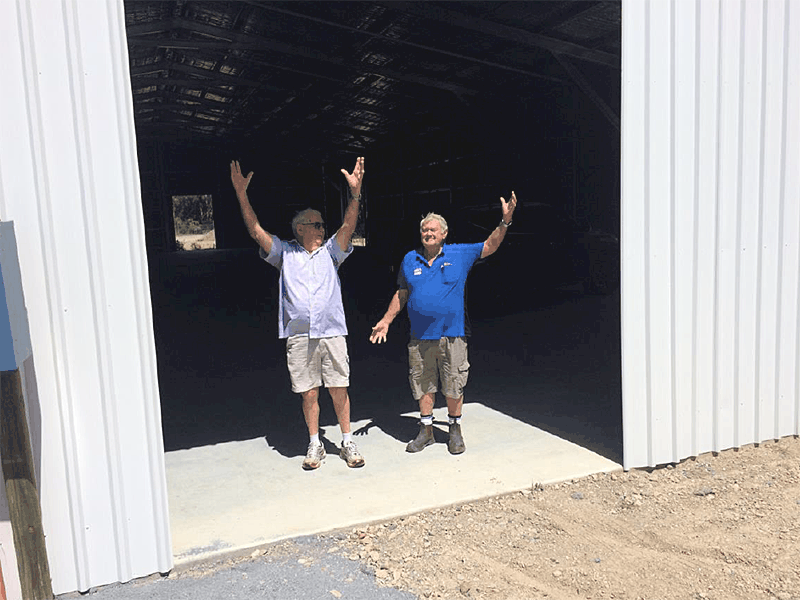 Since this photo was taken, the construction has continued as follows :

Tony and I are pleased to have inducted these guys who have been keen to learn and hopefully will enjoy their shed experience. 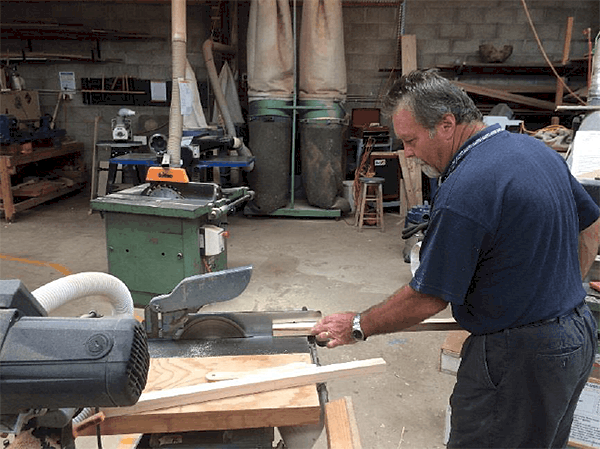 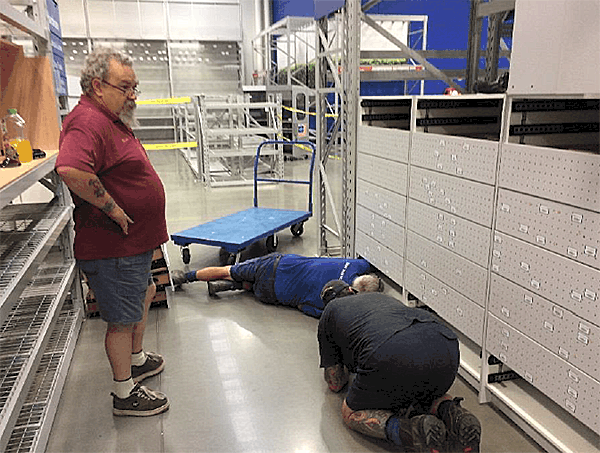 Members dismantling storage units from Masters just before they closed.
They will reappear in the new shed.
Note the whip wielding supervisor. 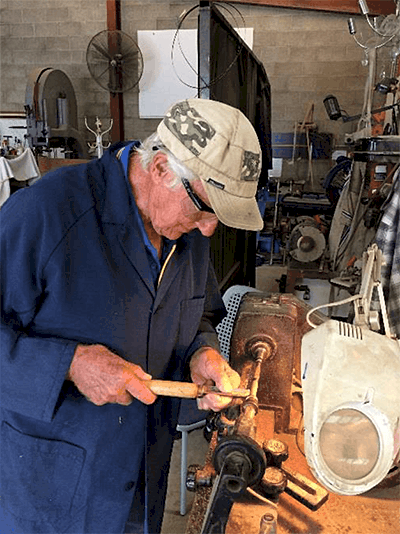 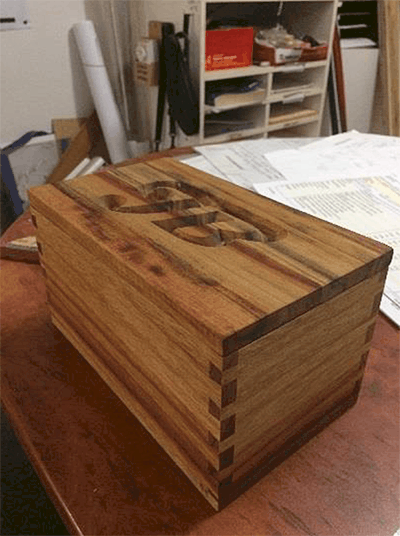 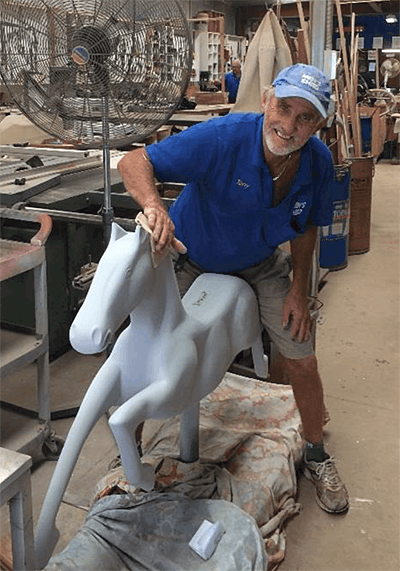 The following has been sent by Roger Harris while he was awaiting his results. Food for thought...

Cancer, defined in the Oxford Dictionary as “ A disease caused by an uncontrolled division of abnormal cells in a part of the body”. Not very useful information really, could have been written by Microsoft, 100% accurate, and 100% useless information.

Cancer is an ugly word, with even uglier consequences. Cancer is a word that installs fear, in those that hear it, get it, or the friends, relatives and loved ones, of those who suffer it. There are no positives about cancer. I lost my father to cancer, two of my best friends, a childhood sweetheart, and numerous others I was not so close to.
I always thought when thinking of my own death, that it would be in a race car, but I survived that, just to be almost taken out whilst stationery at an intersection, hardly seems fair somehow.

I never really contemplated getting to 66. When the Who sang "My Generation" I thought 30 was old, but now at 66 I still haven't got there, though I admit to a concerted effort to never grow up, growing up is for old people.

So now it's my turn to face cancer, and the unknown, it took 12 years to kill Carol, and only 9 months to kill lifelong friend Silly John. Not much to go on, the same cancer took 2 years to kill my Dad, but there have been great advances in medicine in the 45 years since he died. So who knows.

So what have you got, well you still have life of course, it's a bit like losing the key to the filler cap on the car, you can still drive it around and control it, you just know it's going to stop some time. A clue might be that I'm still observing the speed limits, so I must be expecting to be around long enough to pay the fines, hence trying to avoid them.

In truth and logic, not much changes, the only 2 certainties in life are death and taxes, so it's really only a revision of the time table. A reminder, not to procrastinate, race that car, go to La Scala, finish the house, attend Goodwood (the Mecca of motor sport), a trip on the Orient Express, Venice to London, the great Opera Houses of Europe. So much to do, so little time.

The great Nuvolari, in answer to a journalists question relating to fear in a race car, said “Most people die in bed, where do you sleep”? Roger Harris, recently said, “I wasn't put on this planet to die in bed, and I have no intention of doing so”. And though I suspect I will, I'm not tired enough to go to bed yet, I have too much living to do, and to enjoy.

Is it scary? Yes, but by Christmas I hope to have an accurate prognosis, then I can make plans, continue to meet life head on, and what ever challenges it presents.

“Life should not be a journey to the grave with the intention of arriving safely in a pretty and well preserved body, but rather to skid in broadside (in a Lotus) in a cloud of smoke, thoroughly used up, totally worn out, and loudly proclaiming "Wow! What a Ride!” 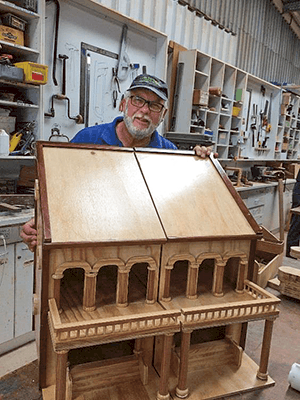 I was born in Goulburn Base hospital in June 1950 and lived in Goulburn till I was about 7. I went to junior primary school at Goulburn West until the end of 1957.

Dad was a bricklayer and work was scarce in town at the time. The last big job was the Lilac Hall so Dad decided to follow the work gang he worked with. We moved with the jobs from Goulburn to Lithgow, then Cambridge Park in western Sydney (all bush those days) and settled with family in Sans Souci.

After 2 years living with Grandma we moved to Sutherland where I completed my schooling at Jannali Boys High. I left school at 16 wanting to become an apprentice motor mechanic or a carpenter/joiner. Dad and Mum thought it better to look for a job that was easier on the body so I ended up at Telecom training school in St Peters and Strathfield for the next 2 years.

Susan and I married April 1971 and we have 4 adult and 6 grandchildren. I was stationed at the Sydney Mail Centre doing maintenance on the automated mail sorting plant. It was shift work and the money was good but I hated working for the Government. There was so much petty corruption and union trouble. I took a chance in 1973 and bought an old Bedford truck and delivered roof gutters and down pipes to hardware shops around Sydney for the next ten years. I enjoyed the life but maintenance and repairs on the truck got to be a bit of a drag so I moved into the warehouse as storeman. I made more money as an employee in stores than I was making self-employed.

Over the next few years I worked as storeman, store manager, warehouse manager then moved into the office to learn purchasing.

Since then I have had lots of jobs, mostly in stores, production or purchasing. A stint an electronics company in purchasing, 7 years in animal health for a multi-national then a trading company that imported mowers, brush cutters and garden machines. My shortest stay was 5 weeks at St George Private Hospital the maddest place I have ever worked.

I tried a stint as a builders labour (which I enjoyed very much) then to 5 years with a family kitchen company and 5 years with a franchise cleaning domestic appliances and ovens around Sydney and the southern highlands.
We bought or house in Coffs Harbour in 2010. Susan lived up here while I stayed in Sydney to try and sell our business. I finally moved up here in 2012.

I had intended to get a job to carry me to retirement but ended up on the dole. In order to satisfy Centrelink I started volunteering in Mens Shed and the rest is history.