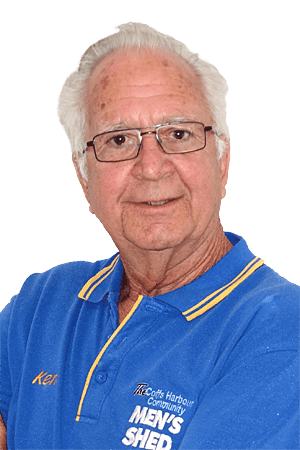 From the Coffs Harbour Men’s Shed management committee, a happy, healthy and safe 2018 to all members and their families.

I would also like to welcome the new Committee.

In the near future we will be celebrating the official opening of the Shed. This will be a huge event in our Shed’s history. I believe our Shed is second to none and with the final occupancy certificate we can look forward to the completion of a wonderful facility.

Finally, if any member has any suggestions or complaints etc please don’t hesitate to talk to a Committee member.

Twenty three members were present at the meeting held on 13 December 2017.  The incoming Committee was declared elected without the need for ballots.

As there were no prior nominations for Vice President, Graham Miller accepted the position following a floor nomination.

Financial details are available in the Treasurer's Report in the meeting minutes.

The new Committee membership and the positions held are shown in the panel at left.

At the Committee meeting on 3 January some important changes to Shed organisation were decided.

The mezzanine section will soon be ready for lining. Plumbing, lighting and electrical fit out are nearing completion. With a planned official Shed opening near Easter, we will need 'all hands on deck' (now 137 active members) for plastering over the next few weeks. Yes, it will be warm upstairs, but if we do short shifts with adequate fan cooling it shouldn’t take long.

Hand wash tubs are to be installed in the S.W. corner when it is tidied up. (That’s why that 50mm plastic post has been an obstacle to the fork lift up until now.)

Thanks to Bob Wood and John Jones, the outside shipping containers are now storm-proofed under a pitched roof. 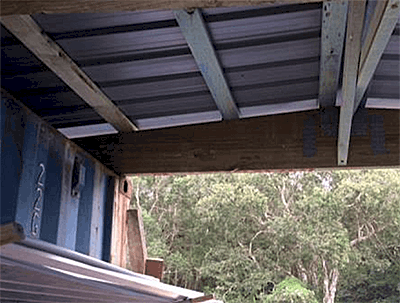 Phoenix Roofing helped with the materials with an understanding that we restore the boss’s wife’s spinning wheel! Good deal. 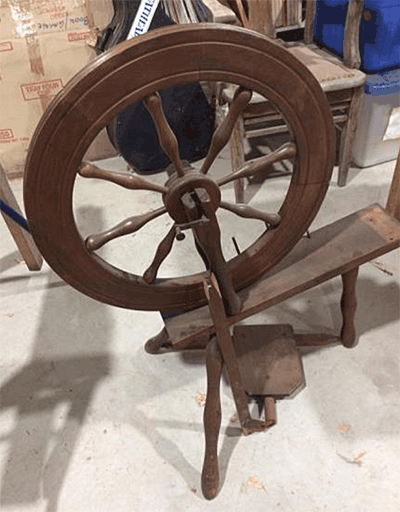 Our 2017 Shed Christmas party was held at the C.ex Club on 12 December and was enjoyed by an appreciative group of about 60 members and partners.

Sundown bowls was followed by an ample bistro meal along with refreshments. It was great for our partners to meet and commiserate or share their blessings and Shed stories.

Our thanks to the organisers and to the Club for providing a bowls' coach and excellent food. Les Grant and Ray Meyer made a short video of the event which can be seen on YouTube. 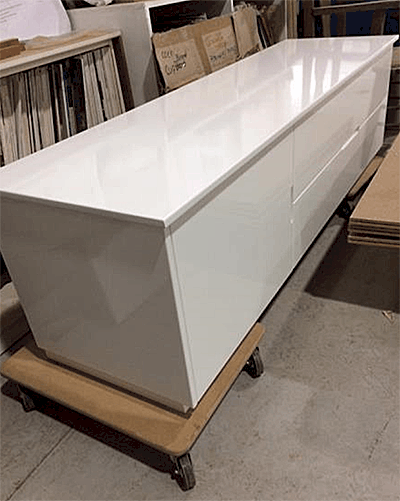 Glen Cox has achieved a great gloss on this buffet 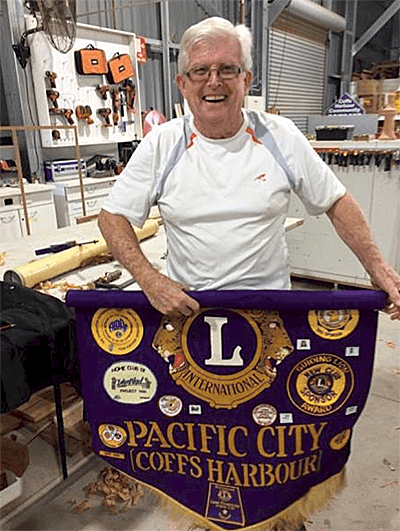 Tom Skinner looks pleased to have finished this Lions Club job. He's already backed up by starting the construction of a supporting frame (rear left) 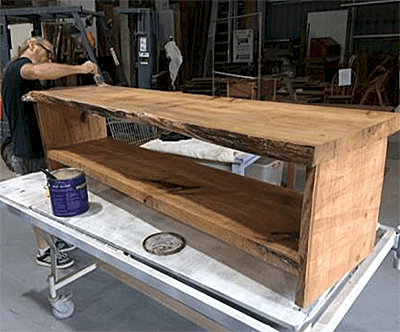 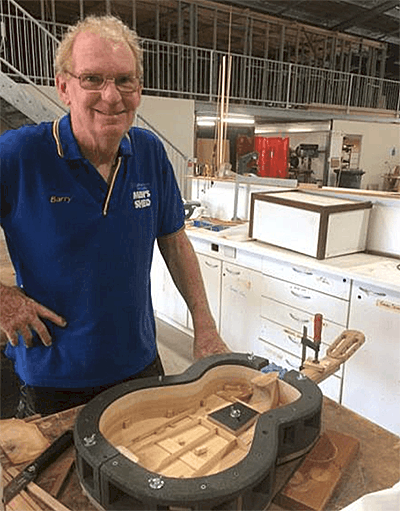 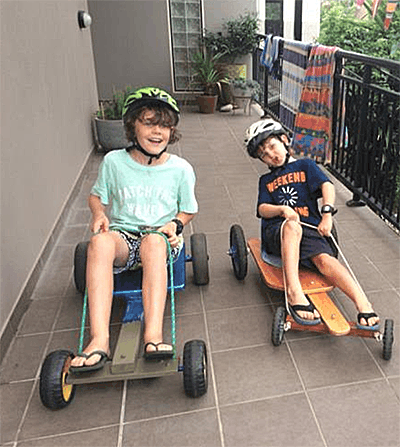 And just to prove that the Editor can also make things, the Christmas presents for his grandsons were crafted from kerbside clean-up discards.

I was born in Leicester, England in 1948 and. with parents migrated to Australia iin 1958 as a £10 POMS. Lived first near Newcastle NSW then moved to Mornington Victoria in 1959 where I grew up until 1964 when I entered the RAN as a shipwright apprentice.

Being a shipwright in the RAN in those days meant we had responsibility for everything in a ship excepting the main engines and electrics; consequently, my trade training included learning the trades of not only shipwright but also carpenter joiner, wood machinist, plumber, boilermaker, blacksmith and fibre glass construction. Following the acquisition of the original (OBERON Class) submarines and, from USA, the first (DDG) destroyers there was a requirement for specialist welders; so I was sent on a special duties welding course to qualify to weld high pressure steam systems and alloy steel hulls. 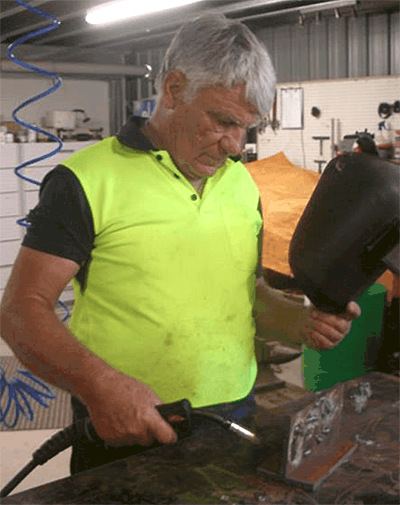 Dave Harnett in the metal section

In 1979 I was commissioned as a shipwright officer and sent to the UK to study as a Naval Architect. My first job back in Australia was to teach Ships’ Stability to Engineering Senior NCOs. This was all fine until I realised I had little chance of going back to sea, so I undertook further training and became a fully-fledged Marine Engineer.

Because of this I served as chief engineer on several warships of the line including the RAN’s survey ship where I was responsible for the survey equipment as well as electronics and communications. I served in Papua New Guinea on two separate occasions as an adviser to the PNG defence force which culminated in the award of the PNG Distinguished Military Service Medal.

I left the Navy a couple of times during which I started my own business in light engineering and training apprentices for the building and engineering industries, while I built my own house in WA. I remained in the Naval Reserve during this time and was continually being recalled for training and maintenance supervision roles. One of these roles was to design a course to train naval engineering personal to dry dock ships: a course which I have delivered for over twenty years to both naval and civilian personnel.

Because of my time in PNG I became familiar with the Pacific Patrol Boat which was Australia’s gift to Pacific nations, and in 2010 I was posted to Cairns to oversee the third rebuild of these craft. This was a good excuse to settle down in the tropics after the cold weather in Melbourne. I now own a property at Mission Beach – south of Cairns.

I now live between Cairns and Nambucca Heads with my partner Coral. During a previous period living in Coffs I was an early member of the Men’s Shed and helped to set up the Shed in Marcia Street. I am a keen folkie (singer and collector), a past Morris dancer and have played in several Irish and folk bands (including in PNG). I am looking forward to leaning on Barry’s expertise to build a guitar.

I have five kids and six grand kids and am in danger of becoming a great grandad!