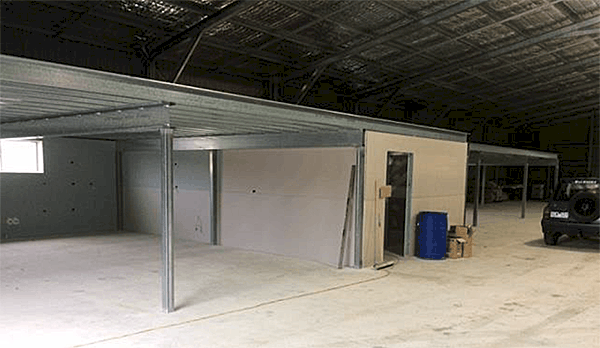 This photo shows the joists in place for the mezzanine floor.
A large area where job storage will be ORGANISED ! 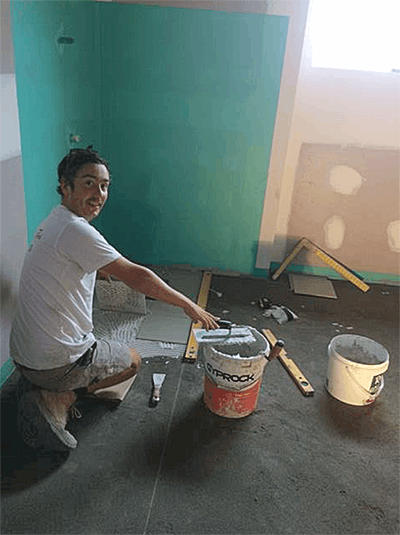 Our tiler at work on Monday in the disabled shower.
Our thanks to Beaumont Tiles for their donation.
Progress has been steady since last month with some delay to the tiling and solar panels due to the wet weather. The Kitchen area is on the left.

On Thursday 23rd of March, our Mayor Denise Knight will visit the new shed and take part in a “film shoot “ to showcase the benefits of the Grants system in its construction.
The new shed organisation following Roberts workload downsizing, seems to be well underway. You should have received 3 information letters directly from Allan (unless you don’t do emails). More volunteers are welcomed.
Incidentally, if you do not wish to incur the wrath of John Gregory and the shed administration, please notify the office of any email address changes , new or extra phone numbers or other changes by a new INFORMATION SHEET available at the office. Also it helps if your printing is legible. John is not good at Heiroglyphics.
Commission jobs have been a bit scarcer lately. This may be a good thing for the next few months as we transit between sheds, We do need saleable items for the Thursday Hub stall however. I have recently started a stool project and could use anyone at a loose end ( No pun intended). 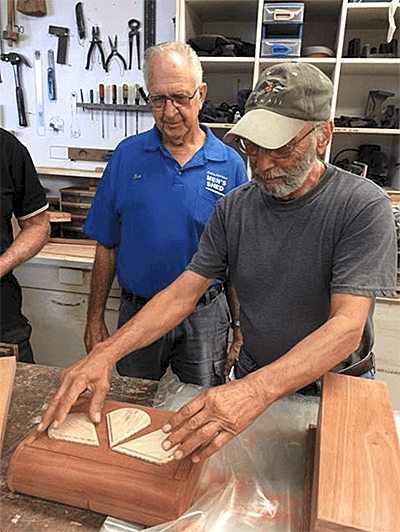 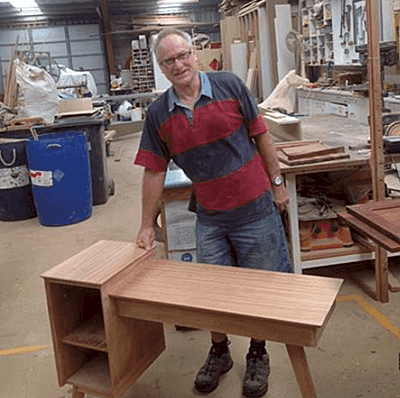 A nice restoration by Tony Winter

Apparently the Hub crew managed to sell one of Alan Larkin’s doll houses recently for a 3 figure profit.
There’s not much big money in Coffs, but sometimes we’re lucky.

Thanks to the shed..

Hi, I'd like to put a thank you note in the news letter with the attached photograph.
"I'd like to thank all the members who have helped, contributed, encouraged, and advised me on my kitchen project. Patting myself on the back, it doesn't look too amateurish. Secretly the lack of stuff ups on splashback is a welcome surprise.
Thank you gentlemen, the mens shed is a great place, full of great people."
Roger Harris 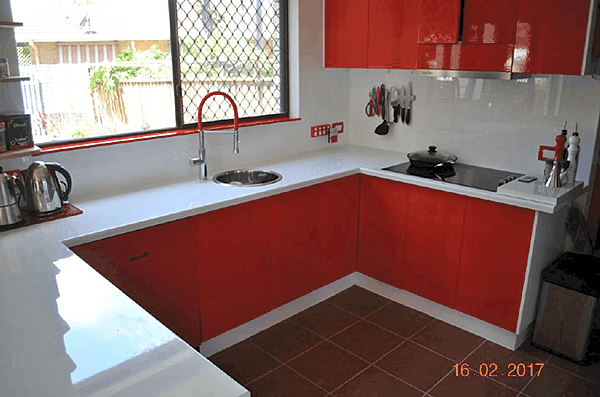 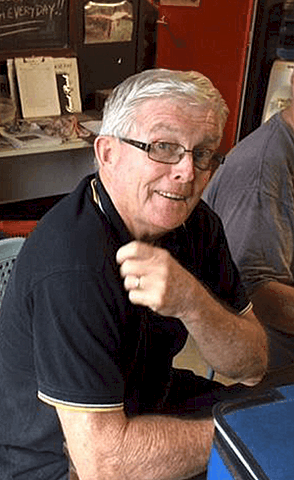 I was born on the 24th February 1945. I could never understand why a couple would conceive a child in the middle of the war in the Pacific.
We lived in Sydney for my first 3 years then moved out West when my father got a job as fettler. We moved to Peak Hill and lived alongside the railway line in tents. We were only there for a short time as there was a house to rent at Gulargambone.
There I can remember, floods, dust storms and grass hopper plagues. I started school there in kindergarten. My teacher was Miss Lenard. I only had a short time till we moved again.
My father was a keen fisherman and wanted to move closer to Nambucca Heads. This next move impacted on my life a lot. We went to a small railway siding between Grafton and Casino. There was no school, so for the next three and a half years my sister and I were taught by our mother. Saying there was no school is an understatement. Within a radius of a mile from our camp site there was - the signal box, a small railway platform about 12 foot long, a loop line which had been established during the war to speed up train travel. Four houses completed the landscape. Two at the siding and two about half a mile down the track. There were no other children. Learning to socialise was not an option.
My sister and I would call out for papers from the passenger trains passing through. We lived within the boundaries of the railway. I can remember the first diesel engine that came up the North Coast line.
Once a month we would catch a goods train to Casino to shop. Because we would arrive home in the dark the engine driver would stop the train outside our tents so we didn’t have to walk home.
The landscape at Mount Neville was uninteresting. It consisted of swamps, black sandy soil, Banksia trees, and what we used to call Black Boys along with Red Bellied black snakes.
There was no electricity. We had a meat safe to keep perishable food in, a fuel stove to cook on, a primus for quick snacks or boiling water. Our lamps were kerosene. The main light for the kitchen and for mum and dad when they went to bed was a Bushel’s coffee jar that dad had soldered a lamp top on. Imagine when we got a Tilly Lamp. Our radio was battery powered and we couldn’t just leave it on all day. We had a large wind up gramophone. As a child I imagined Richard Tauber would have to sing into a microphone every time dad played a record of him singing.
From the high life of Mount Neville we moved to Eungai Rail. You can only imagine the culture shock I suffered. Moving to a city after all the isolation. I attended school. Starting in 4th class.
We were still living in tents. (That is living in tents. Not living intense) we only stayed there six months. My father left the railway and got a job in a sawmill at Nambucca Heads.
I finished my schooling at Nambucca, got an apprenticeship as a carpenter. On the completion of that I was called up for National Service. I met my wife Sandra just before being posted to Vietnam where I served nine months with 1 Field Sqn Royal Australian Engineers.
On my return Sandra and I were married. We have a son, daughter and six grandchildren. We moved to Coffs Harbour in 1974 where I carried on a building business. After a bout of ill health I retired in 1994. Mental illness set in, in 2016 and I joined the Men’s Shed. Apparently there is no cure for this.