An interesting month with our A.G.M . happening and a clean up in the workshop.

Congratulations to our new President Dave Churchyard and other office bearers as shown and thanks for the hard work to the departing committee.

There is a new incident and accident reporting protocol in the Shed. Even minor prangs and wounds must be recorded in a book in the office.

The Board is looking for 5 volunteers for a first aid course. Remember “mouth to mouth“ resuscitation is no longer in vogue !

We have an industrial Dust Extractor for sale which has been living under the stairs for many moons. Please spread the word that it is available and cheap. 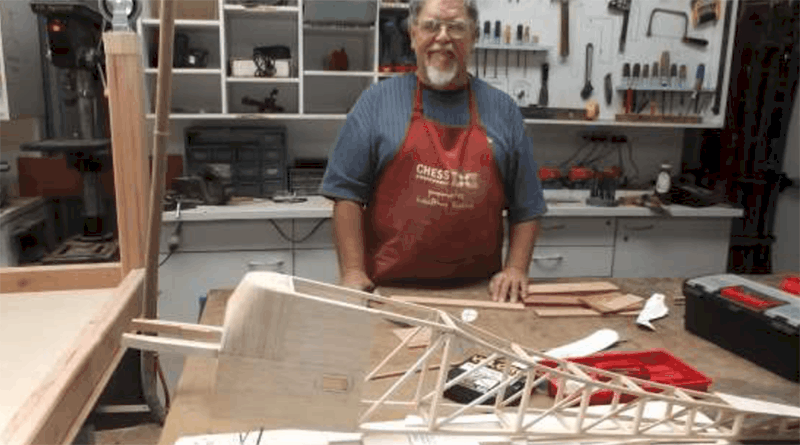 Magnificent Man and His Flying Machine

Had a big clean up of the floor area in the shed recently with many ute loads headed for Englands Road. The walkways must be kept clear of obstructions , with second hand furniture now carefully perused before being accepted. Unless articles are of exceptional quality (timberwise) they will not be accepted.

Our Shed is not a work Gulag, where endless sanding is a deterrent to continued membership. Sure we need the money, but lets be selective.

The cork tiles are SOLD. Thanks to endless negotiation by Robert. A nice bit of clear workshop floor.

The new screw storage box is now up and running, (en route to the loo). Still about 3 icecream containers of assorted screws to be sorted by a patient man. Note that most straight slotted screws have been discarded (excluding brass) due to members lacking the dexterity to operate a real screwdriver rather than a Makita. 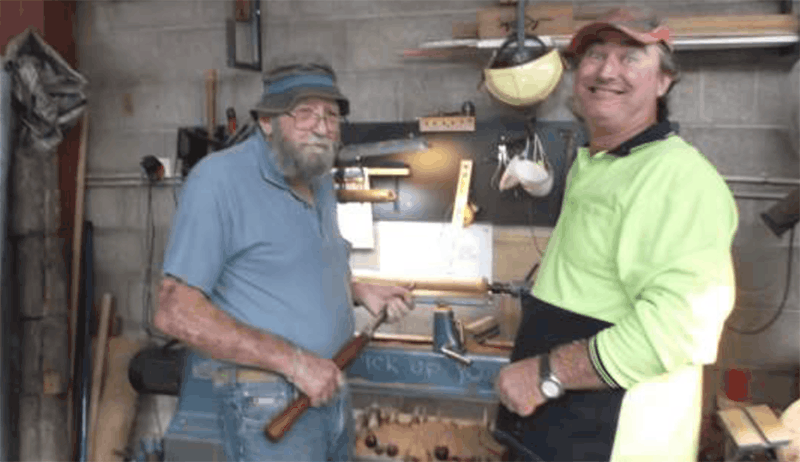 Turn it up Scotty ! 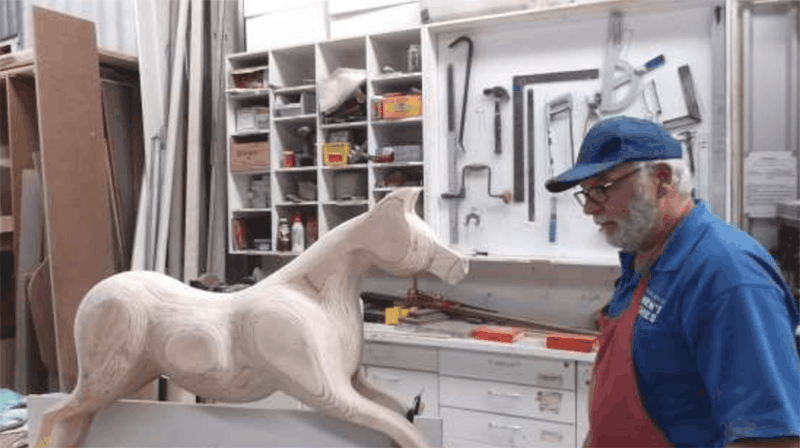 We like the new illness board in the kitchen. Feel free to add any welfare issues that you are aware of.

Please check the cleaning roster for the next month or so: 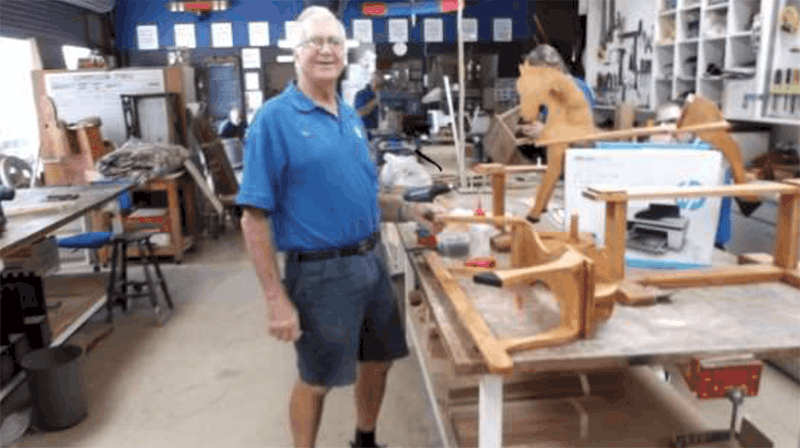 Ken was born at Homebush in 1943 . His father was a butcher. He attended Burwood Primary School, then Homebush Boys High which he left (voluntarily) after the Intermediate Certificate.
The P.M.G . appealed to Ken as a trainee technician, leaving home and working with the Construction Branch, qualifying as a Technician after 5 years training in 1963. Working at Dubbo, Lithgow and Broken Hill, Ken lived in motels, while converting Manual Telephone Exchanges to Automatics.
In 1970 Ken did a Correspondence course in Electrical Engineering to get promotion. The Ryans married in 1969, living at Cowra, son Kevin arriving in 1972, followed by twin daughters a year later. In 1976 they moved back to Sydney where Ken became a Supervising Technician. Andrew was born in 1978 and Ken retired 20 years later.

Boredom lead him to sell tools at Bunnings in Blacktown, while living at Werrington until 2003 when the family moved to Coffs Harbour.

Ken was a founding member of Waratah Respite Centre and The Mens Shed. I envy his energy and enthusiasm in these 2 institutions. It’s great that he has introduced Andrew to the Shed.