Welcome to the following new blood in the shed. Please make them feel at home by keeping them productive. Make sure they have a nametag of sorts. “mate” doesn’t really help.

A new one is on display in the kitchen. Let’s try to raise the achievement rate from 50%. Put your duty week on your calendar and plan for a swap if away at that time. Doesn’t have to be Friday. 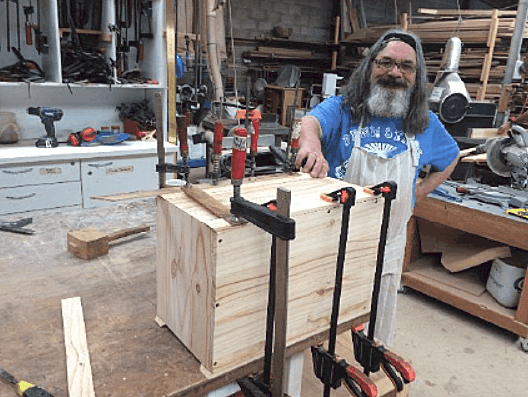 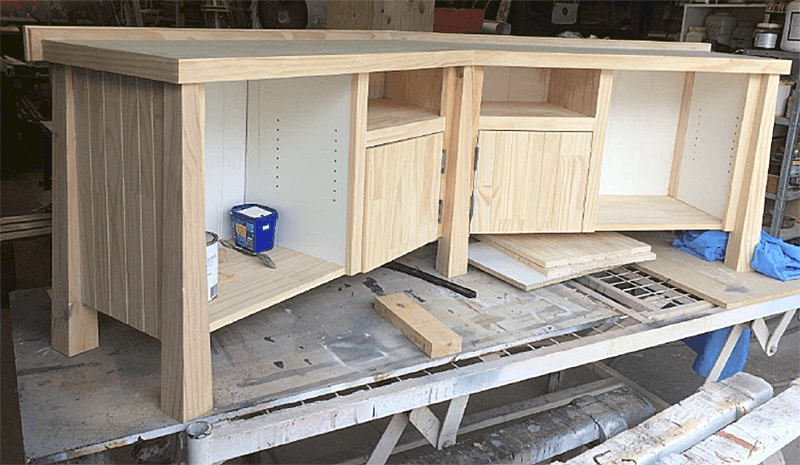 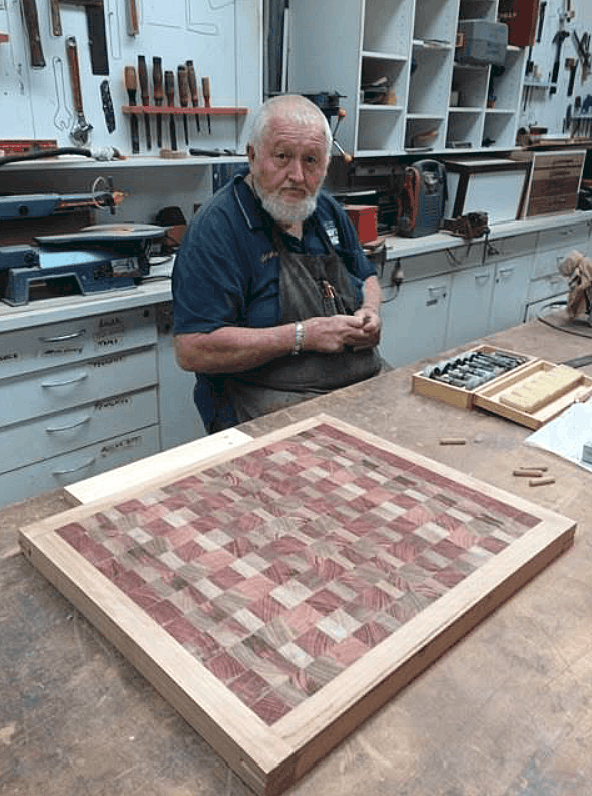 King of the cutting boards Graham 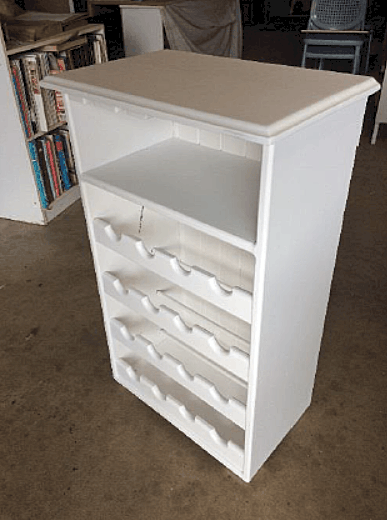 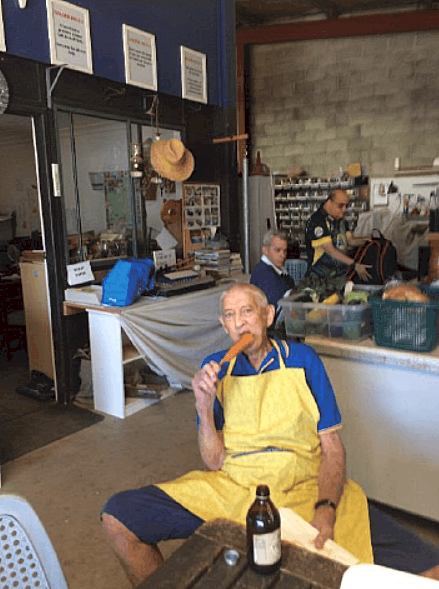 Nothing beats a Dagwood Dog Kevin 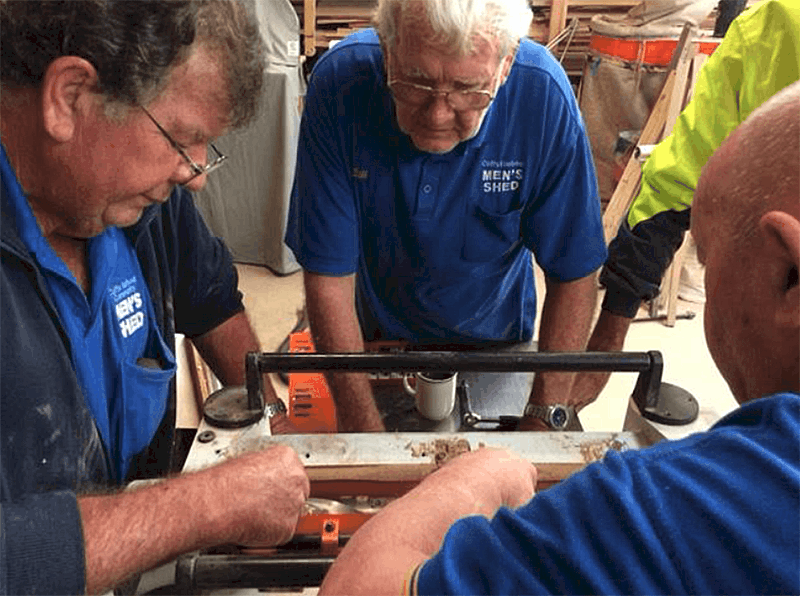 David was born at Greenacre, North of Bankstown, son of a Tobruk “Rat” who despite partial blindness due to the war, managed work as a locksmith. His Mum was an accomplished seamstress and did a great job of bringing up 3 boys. We often hear Greenacre mentioned on the news these days and understand why Dave and Sarah retreated to the North Coast!

David left high school in mid 5th year, and was notable as a runner and shot putter – his school record still stands! His first jobs were in air conditioning, spending time with Blackwoods at Strathfield.

A change of career saw David at Lidcombe Hospital looking after veterans and elderly men, thence to a Nursing Home where he stayed 6 years (carer not inmate).

In 1978 he married Sarah and together they teamed up as Matron and Deputy Matron at Glenfield Park Special school where they lived on site until 1990.

Another change of direction saw David as General Assistant at Condell Park High School, living at Ingleburn until 2004 when he transferred to Bellingen High School, retiring in 2013 when he joined us.

David has served as our president this year and his calm unflustered handling of difficult situations is appreciated.