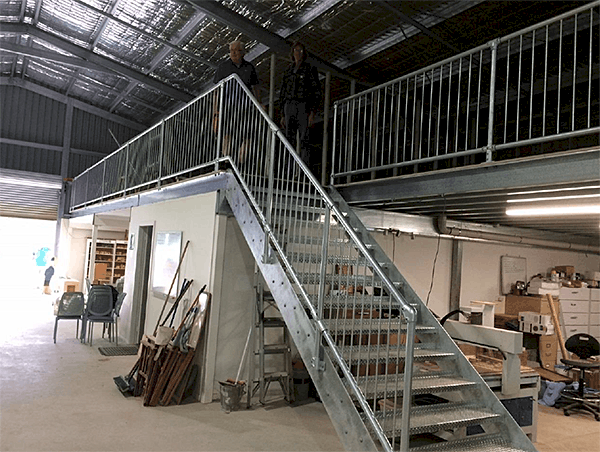 Until Christmas, the shed will be open each Saturday until 1 pm to enable the public to see our setup and buy shed made articles.
Staffing will be roster free with the incentive offered of up to 2 personal member items for participants being displayed in garage sale mode. The understanding is that sellers be present and that the unsold member items be REMOVED at 1 pm. A small commission to the shed would also be appreciated. 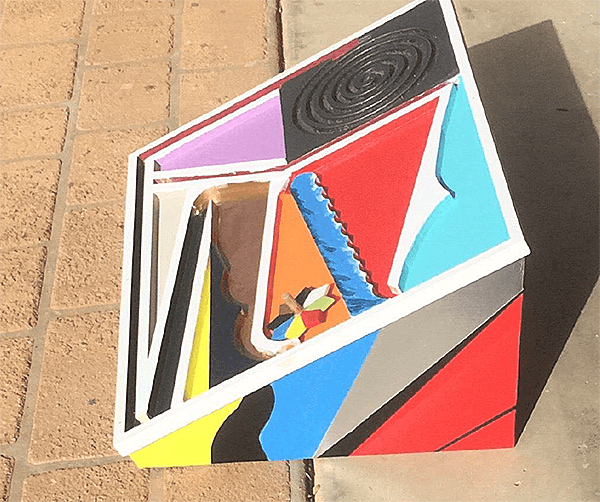 Disability boards for the hospital are complete. Nice work boys. 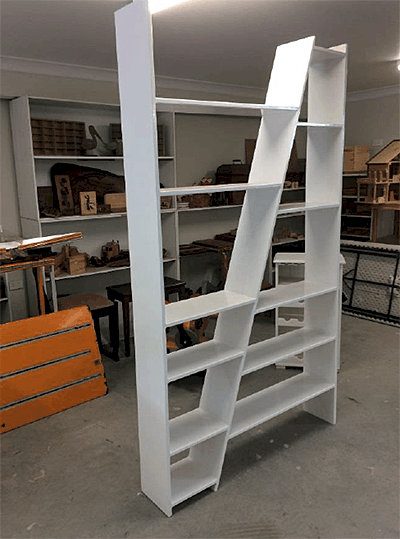 This Retro bookcase was made by Barry Guest as a commission job. 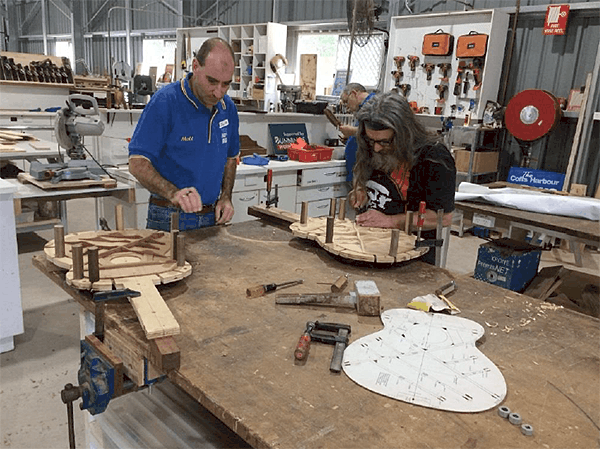 4 members are building guitars. Zoltan Matt P, Scotty and Barry are learning from each other. 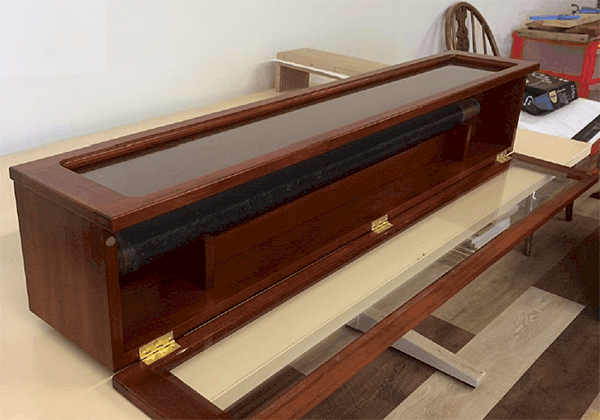 Glen Cox constructed this telescope display box out of rosewood lately.
The owner was wrapped in the workmanship. See profile later. 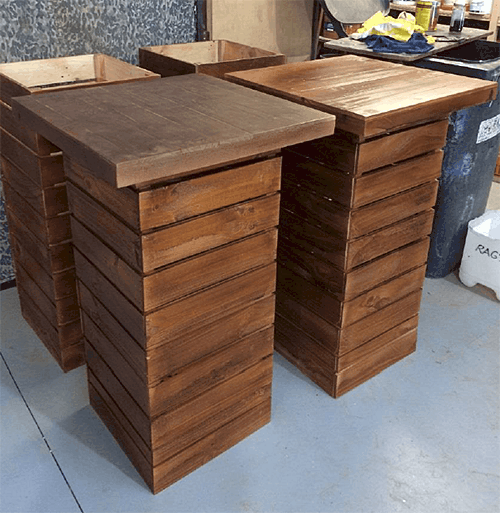 Ken Ryan and others have been working on these drink tables (20 needed).
Some pretty ordinary timber jazzed up and sprayed in our new booth. 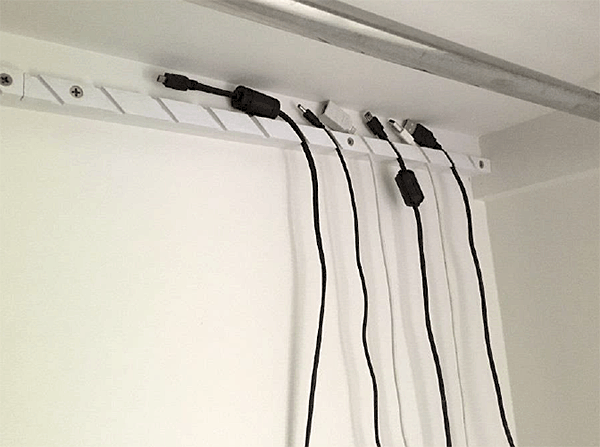 A 10 minute project !
To store computer /phone cables, cut 45 degree slots in a timber strip
and attach at the back of a built in robe. Works well...

Ken has secured a $2500 Federal grant through AMSA for a drill/mill with accessories along with a MIG welder and dust extractor. We appreciate his labour in fitting electrical droppers to 6 free standing machines. Old men and ladders are a worry , but Ken improvised. 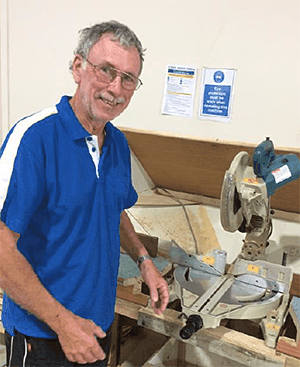 At the end of 1967 we moved to Coffs Harbour where I finished my schooling at Coffs Harbour High. At the end of 1970 I left school and Started work at Dawson’s as an apprentice cabinet maker where I worked for 2 years. I finished my apprenticeship at Coffs Harbour Joinery. After this I worked for Modern Kitchens and then Graham Luchetti up until 1988 when I started my own business, “Classy Cabinets” which I had for 11 years, after which I worked for G & A Cabinets, Infracraft Joinery and then Coastal Wardrobes and Kitchens where I still work on a casual basis.

I volunteered at the Coffs Harbour Regional Museum for 2 years and now at the Men’s shed. In 1983 I married Yvonne Mckee, we have 2 children, daughter Christie who works for a local courier company and son Daniel who is a musician and lives on the Gold Coast.

In the early 1980’s I joined Coffs Harbour and District Sporting Car Club (of which I am now a life member) and started running at Motor Khana events in my road car. After finishing my drag racing due to family commitments I started running local Khanacross, Autocross and Hillclimb events for many years, also involving my children who both learnt to drive competing in Khanacross and Hillclimb events from a young age.

I was involved in the car club as a committee member, Vice President and Treasurer. I was also on the organising committee for the Coffs Harbour Rally for 10 years for which I wrote the Road Book and did Sweep Car duties. After my children left home I decided to build myself a rally car which I always wanted, so I built the Datsun 120y that was the Khanacross car that the kids learnt to drive in, into a rally car and competed in Rally Sprints for about 8 years. I still compete in an occasional Khanacross to keep my skills sharp.

I also like camping and caravanning. We used to holiday at Scotts Head every Christmas for 2 weeks in our caravan when the Kids were young and up until the time that they left school. We also have a camper trailer and we usually try to have a couple of weeks away camping every year.